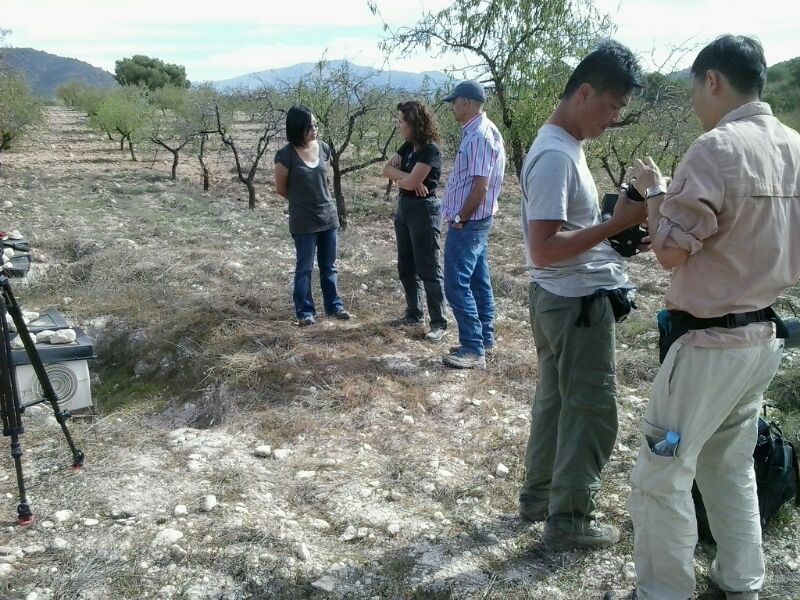 Hong Kong journalists visited us during October to film in our experimental station farm of “Alhagüeces”. They are working in a documentary on soil erosion that will explain soil erosion processes and its drivers in the loess belt of China, Southeast Spainand CapeVerde islands. In Spain they were filming in Almeria under the guidance of Albert Solé of the EEZA-CSIC and in Murcia we visited our experimental farm of “Alhagüeces”.There they made several interviews to scientists and farmers explaining thesoil erosion situation in the Murcia region and the work that we are doing together with the farmers on soil conservation measures. The documentary will be shown in December in a popular chinese television channel.